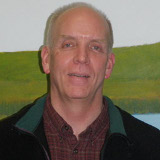 Robert Wiltshire founded the Invasive Species Action Network in 2008 realizing that the current efforts to address the aquatic invasive species problem fell short. With a well-rounded career conducting wild trout studies for the state of Montana for over 15 years, small-business entrepreneur in recreation and hobbies, and conservation non-profit manager for more than a decade, Bob navigated his role as executive director with ease.

He played key roles in the management of invasive species over the years including serving on the Montana’s Whirling Disease Task Force, co-authoring the Western States New Zealand Mud Snail Management plan and serving on the National Invasive Species Advisory Committee to the White House.

In 2019, Bob retired from ISAN to pursue his personal goals and hobbies.

A 501(c)3 non-profit dedicated to reducing the human caused spread of invasive species.

Your ticket for the: Robert Wiltshire

USD
While ISAN employees continue to balance our work time between the office and home, we remain dedicated to helping you prevent the spread of invasive species. Please email us if you have questions, comments or concerns. And if you recreate, please remember to clean, drain and dry your gear to prevent the spread of invasive species. Stay safe!Ok